Democratic participation of the people should be higher at this time. However, socialization of organizers with stakeholders and related parties, besides that there are still people who are aware of the importance of their participation in choosing their regional heads because people do not understand the benefits of post-conflict local elections. This is indicated by the voter turnout of no more than the target set by the Palembang City KPU of 70%. In addition, some people are only limited to voting, so that the group to be chosen is not known with certainty by the voters. The results of the author's research found that the implementation of the General Elec-tion Commission Regulation Number 8 of 2017 CHAPTER III regarding Public Participation at the Palembang City KPU Office has gone well. Although the level of community participation in the 2018 Simultaneous Pilkada did not reach the target because of the resources in the Program and Data Section so that the DPT was always changing. Public participation in the 2018 Palembang City Simultaneous Elections is targeted at 70% based on the number of voters 1,168,258, the result of the percentage of public participation in the Governor and Deputy Governor elections is 67%, while the election of Mayor and Deputy Mayor of Palembang has 1,166,044 commu-nity participation results is 67.1%. The reason for not achieving the target is the resources in the Program and Data Section, namely the Permanent Voter List, which often changes 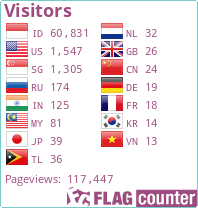