Industrialization is one of the ways taken by the government to increase economic development which aims to increase the number of job opportunities. The role of an industry is very important in the industrialization process. Not only the large industrial sector, the small and medium industrial sector (IKM) also has an important role in absorbing labor in order to reduce unemployment. This research was conducted to determine the absorption of labor in small and medium industries in the Province of Bangka Belitung Islands due to the factors that influence it, such as the number of IKM, the value of working capital investment and the UMP level. The data used in this study are secondary data for the period 2010-2019 which were obtained from the Department of Industry and Trade of Bangka Belitung Province. The results of this research show that the number of small and medium industries and investment has a significant effect on the employment of small and medium industries in the Bangka Belitung Islands Province and both have a positive relationship. This study has an accuracy level of 98 percent and the remaining 2 percent is influenced by other variables that are not included in the equation model. 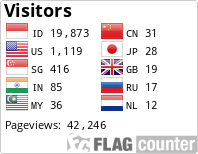